With its large range of mountains, forests, lakes, rivers, flora and fauna, Turkey is an outdoor enthusiast's paradise. The opportunities for activities such as cycling, trekking, horse-riding, skiing and white water rafting are endless in this uncrowded country covering 814.578 square kilometers, and between the lush greenery of the Black Sea Coast and the hot, dry Mediterranean coast, there are a multitude of landscapes to choose from. With more than 10, 000 years of history, Turkey is also rich in culture and ancient sites, which together with its natural beauty make this country a fascinating place to explore. 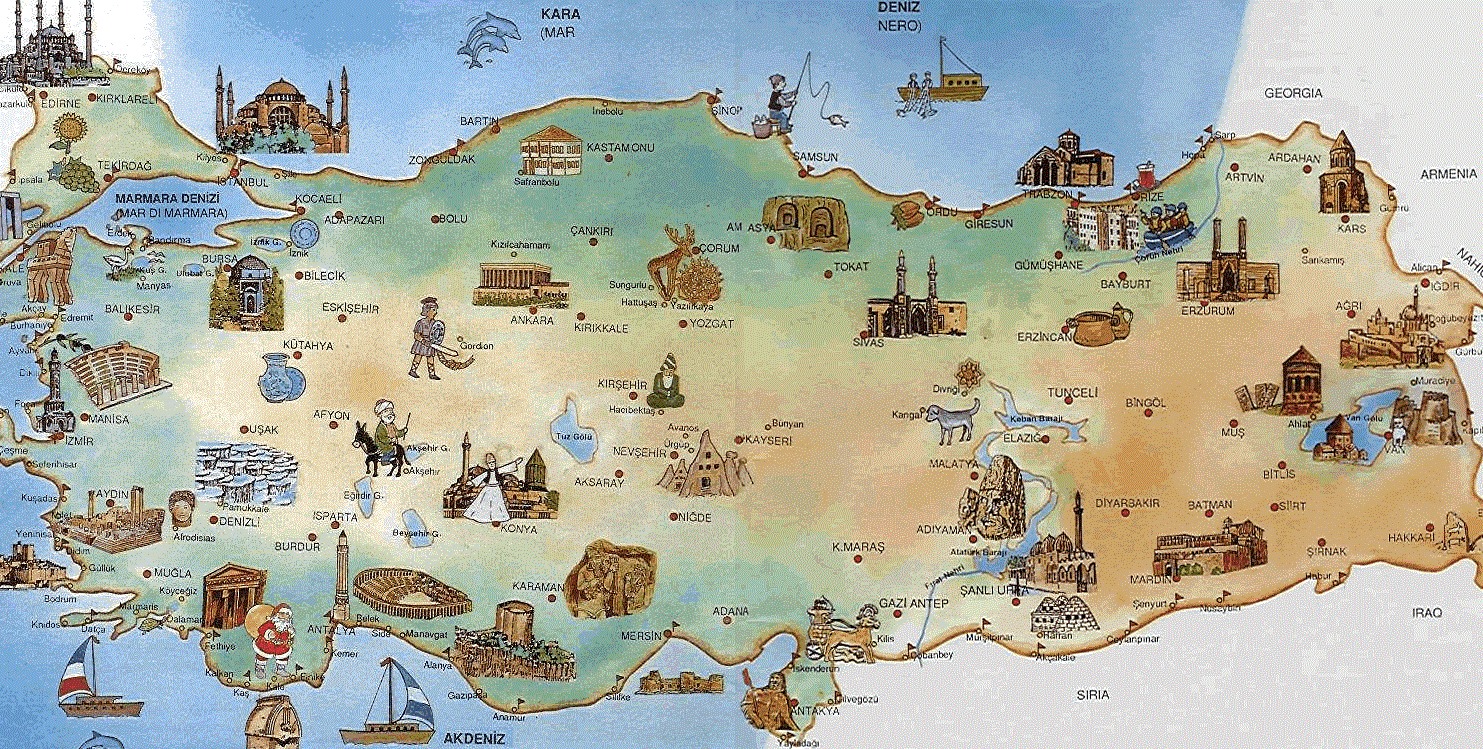 Turkey’s population is around 74.5 million (2006 census). Because of its geographical location, Turkey is a melting pot of cultures and a unique blend of eastern and western tradition pervades throughout the country. History and modernity comfortably co-exist throughout all facets of life in this unique country.

Turkey, known as " the cradle of civilization,'' hosted the first human settlement on its soil, which has been dated as 12,000 years old. Turkey is also the home of ancient cultures, including the Hattis, Hittites, Phrygians, Urartians, Lycians, lydians, Ionians, Persians, Macedonians, Romans, Byzantine's, Seljuks and Ottomans. Following the decline of Ottoman Empire, the modern Republic of Turkey was founded in 1923 by Mustafa Kemal, known as Ataturk, an army general and World War I hero. Ataturk is revered in Turkey and is cited as one if the world's greatest statesmen.

The population is 99% Moslem. Turkey is a secular state and recognizes freedom of worship. It is the only country in the world in which mosques, churches and synagogues have coexisted peacefully for centuries.