It can be said that Ephesus is one of the most beautiful ancient cities in the world. In ancient times its favorable location at the mouth of the Cayster River made it the foremost commercial city of a coastal region that also included the cities of Miletus, Smyrna and Pergamum, but the silting up of its harbor gradually resulted in the loss of this preeminence. The city has been excavated for more than one hundred years; the extensive remains are predominantly from the later Roman period.
Ephesus formed a focal point in the ancient world because of its protected harbor and as a starting point for the Royal Road via Sardis to Susa. It was also a cult center attracting thousands of pilgrims for traditional worship of the female, first Cybele, then Artemis and finally the Virgin Mary. Ephesus was also home for the early philosopher Heraclitus. 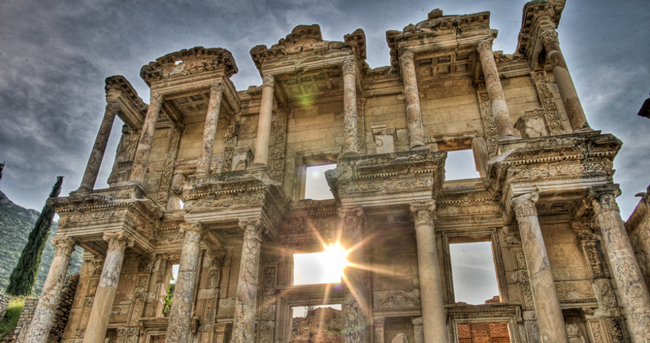 We will pick you up from your hotel at 09.30am. after then, we will go to Ephesus Ancient city which is one of the most beautiful ancient cities in the world. We will visit The State Agora, The Odeon, The Prytaneion, Memmius Monument, The Polio Fountain, The Curetes street, The Nymphaeum of Trajan, The Terrace Houses, The Scholastica Baths, The Hadrian Temple, The Latrines, The Celsus Library, The Commercial Agora, The Theater 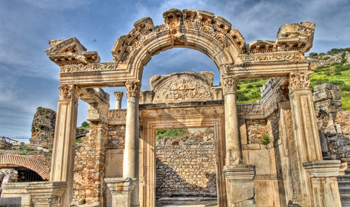 which is one of the most impressive buildings of Ephesus.This Theater also was the place where St. Paul preached. After the visitation of Ephesus, we will have lunch. Then, we will visit The Artemis Temple is one of the Seven wonders of the World.
The next stop will be The Virgin mary House in Regular Ephesus Tour. It is known certainty that Virgin Mary went to Ephesus and lived there for some time. Whether or not she died in Ephesus was not known until Anne Catherine Emmerich’s vision. The stigmatized German nun who had never been to Ephesus has a vision of the House of the Virgin Mary and described it in detail.
The Regular Ephesus Tour  will end around 4:30pm and we will drive you back to your hotel. The price for the tour is 60 euro per person including and % 50 discount for the children between 4- 10 years old.

You can also choose the same tour in private as well. We will organize everthing according to your taste or interests and private requests.


Please send us an email (info@turkeyboutiquetour.com) for more information or to make booking.